Big Ben and Houses of Parliament

The Palace of Westminster, better known today as the Houses of Parliament, is the oldest royal palace in London, a world heritage site and one of most recognised buildings in the world.

The most famous part of the building is the northern Clock Tower, now called the Elizabeth Tower which, houses Big Ben.

Houses of Parliament and Big Ben from Westminster Bridge. 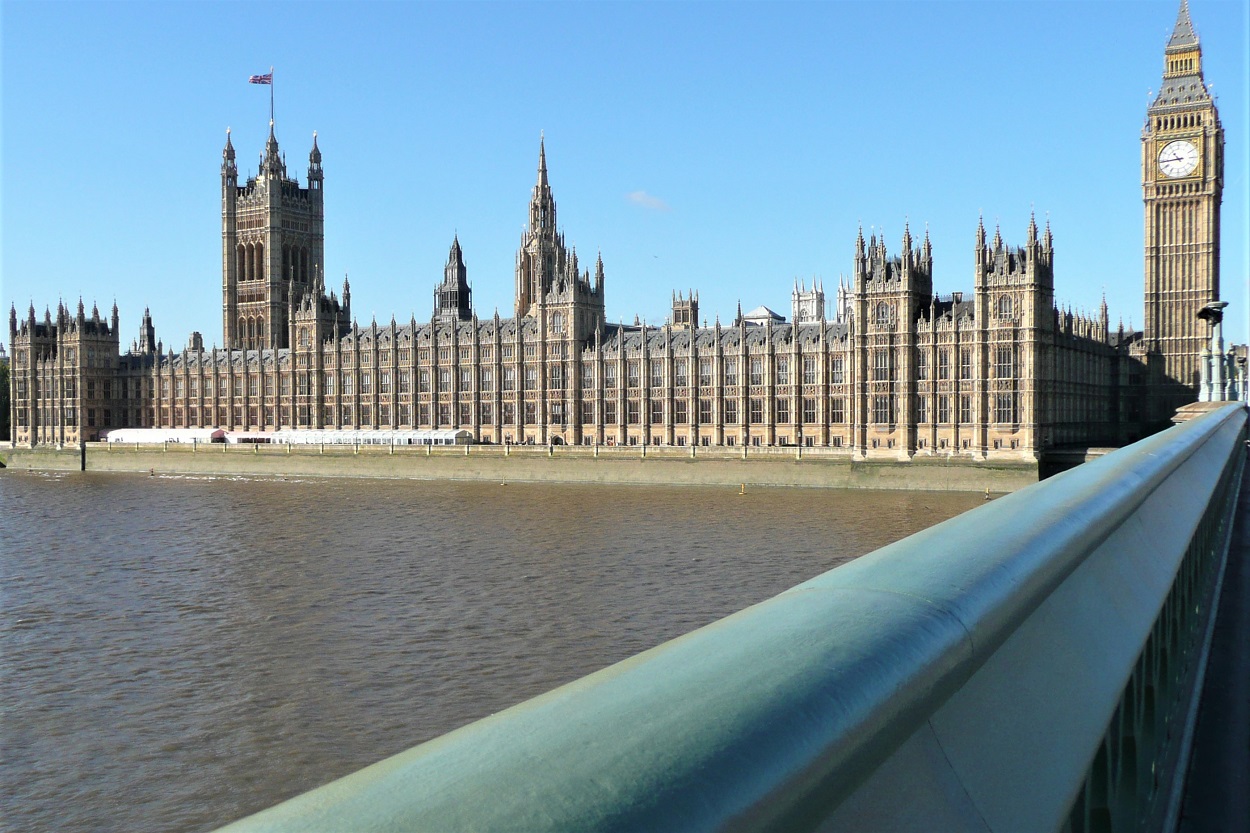 The Palace of Westminster

Built on the site of a medieval palace, and possibly a Roman Temple dedicated to Apollo, the palace has been in continuous use since the first half of the 11th century.

Today the oldest existing part of the Houses of Parliament is Westminster Hall, dating back to the reign of King William II. Built in 1097, it is the oldest ceremonial hall in Britain and was the largest hall in Europe. Other historic parts include the 1297 Edward I Chapel of St Mary Undercroft and the Jewel Tower, built by Edward III in 1366.

The minute hands are 7m long, the hour hands weigh over 300kg. 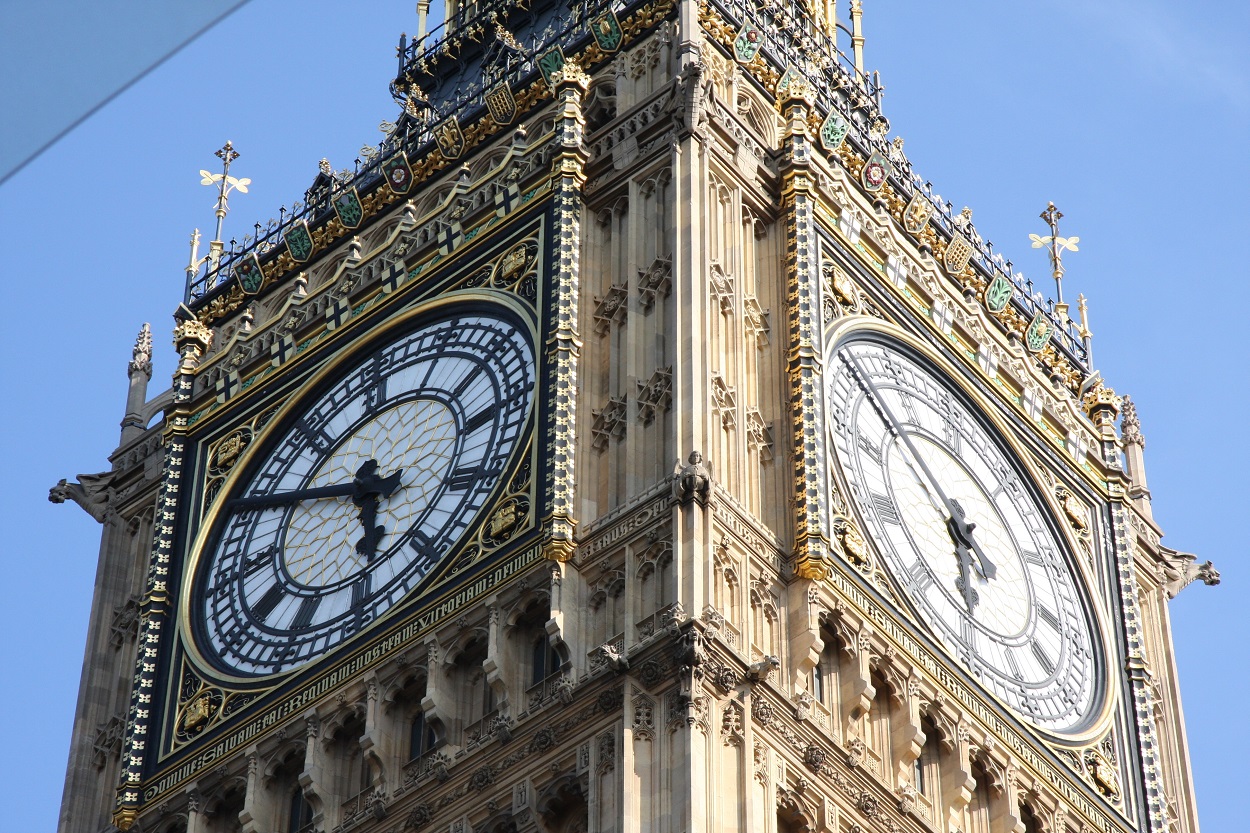 The Elizabeth Tower at the Palace of Westminster houses probably the most famous clock in the world, a place from which time is measured. Big Ben is not the 100m tower, but the 13th ‘great’ bell in the tower which strikes the hour.

With each face nearly 7m wide, the minute hands over 4.2m long and the hour hands weighing 300kg each, it is the largest four faced chiming clock in the world.

Although the clock was started on 31st May 1859, Big Ben rang for the 1st time over London a month later on 11th July. 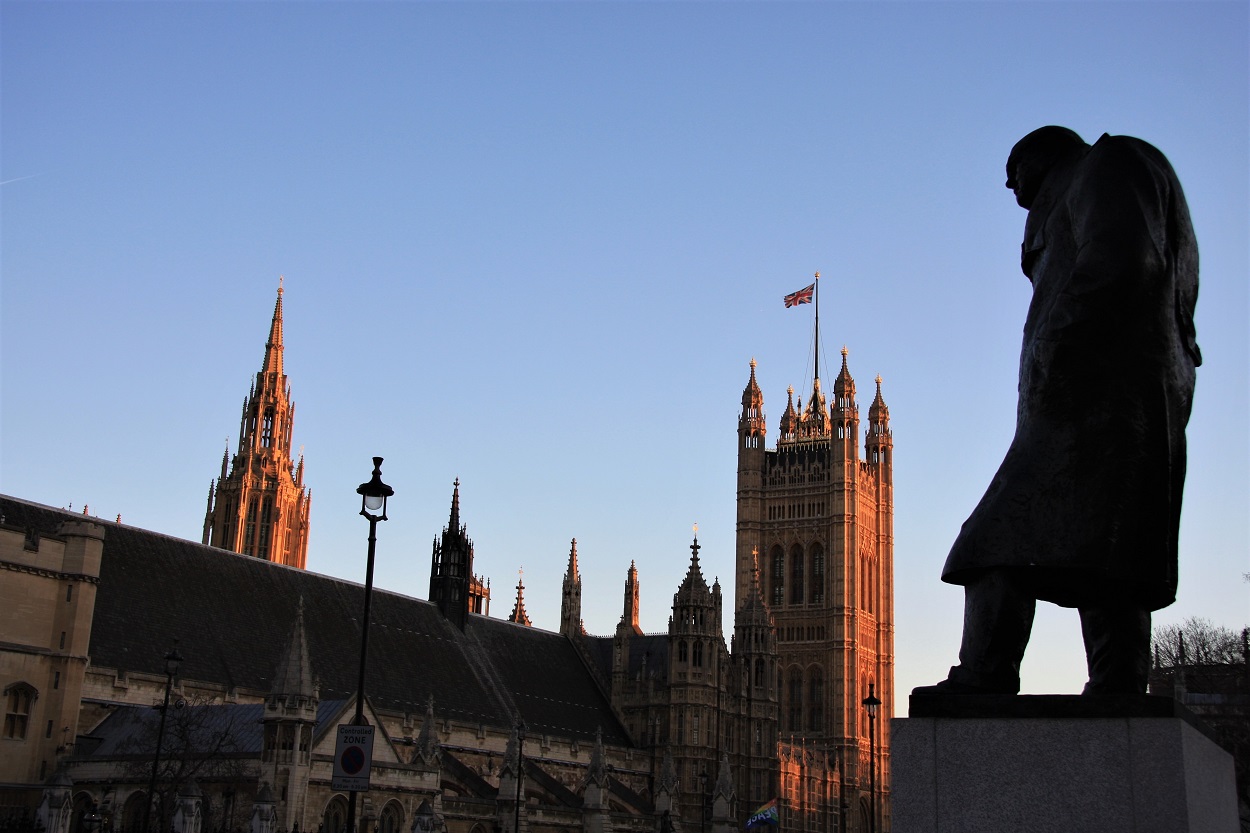 From the Cnut the Great (1016-1035) to Henry VIII, this strategically important river side site was the main residence for the Kings of England until 1512 when much of the complex was destroyed by fire.

Saint Edward the Confessor built the first palace here in 1050, at the same time as the construction of Westminster Abbey. It consisted of a collection of buildings including a hall and private apartments, a further development of the Danish King Cnut’s residence.

After the Norman conquest of 1066 the palace became the political meeting place of the Royal Council (Curia Regis). The first elected parliament was in 1265 during the reign of the Plantagenet King Henry III. In 1295 King Edward I formed the first official parliament of England.

Today the Houses of Parliament are at the centre of British Government, the meeting place of the House of Lords and the House of Commons. 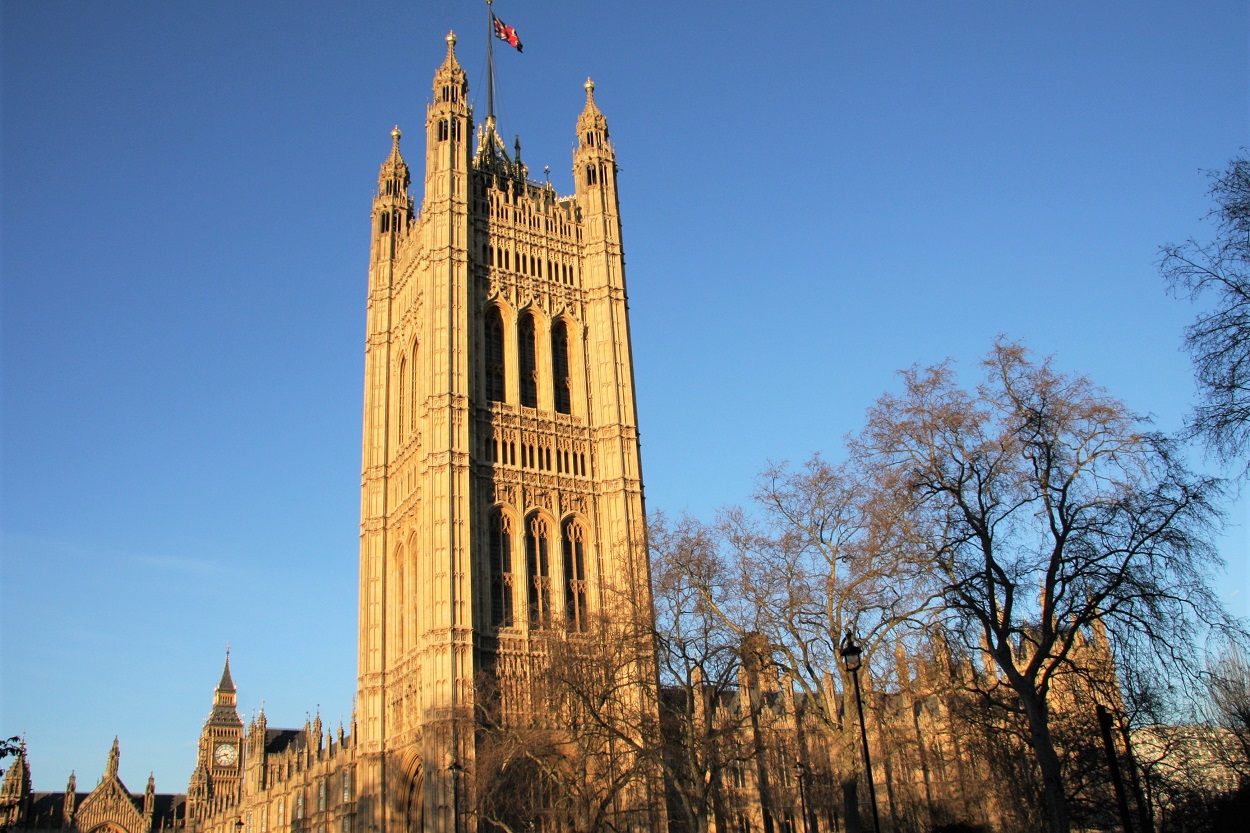 The present Gothic palace, re-built in 1854 by Charles Barry, has over 1100 rooms, 100 staircases, 11 courtyards and a 200m riverside terrace used for entertaining.

Victoria Tower, the southern tower, is 102m high and was once the largest and tallest tower in the world. On top is 15m flagpole which fly’s the Union flag when parliament is ‘sitting’.