The Clink Prison was London’s oldest most notorious medieval prison. Built in an area of Southwark which lay outside the regulations of the City of London, this liberty area, known as the ‘Liberty of the Clink’ attracted businesses and activates not allowed in other areas of London, such as bear and bull baiting, gaming houses, inns with ‘adult’ entertainment and theatres.

The Clink Museum is in a converted 19th century warehouse, on the site of the original prison. 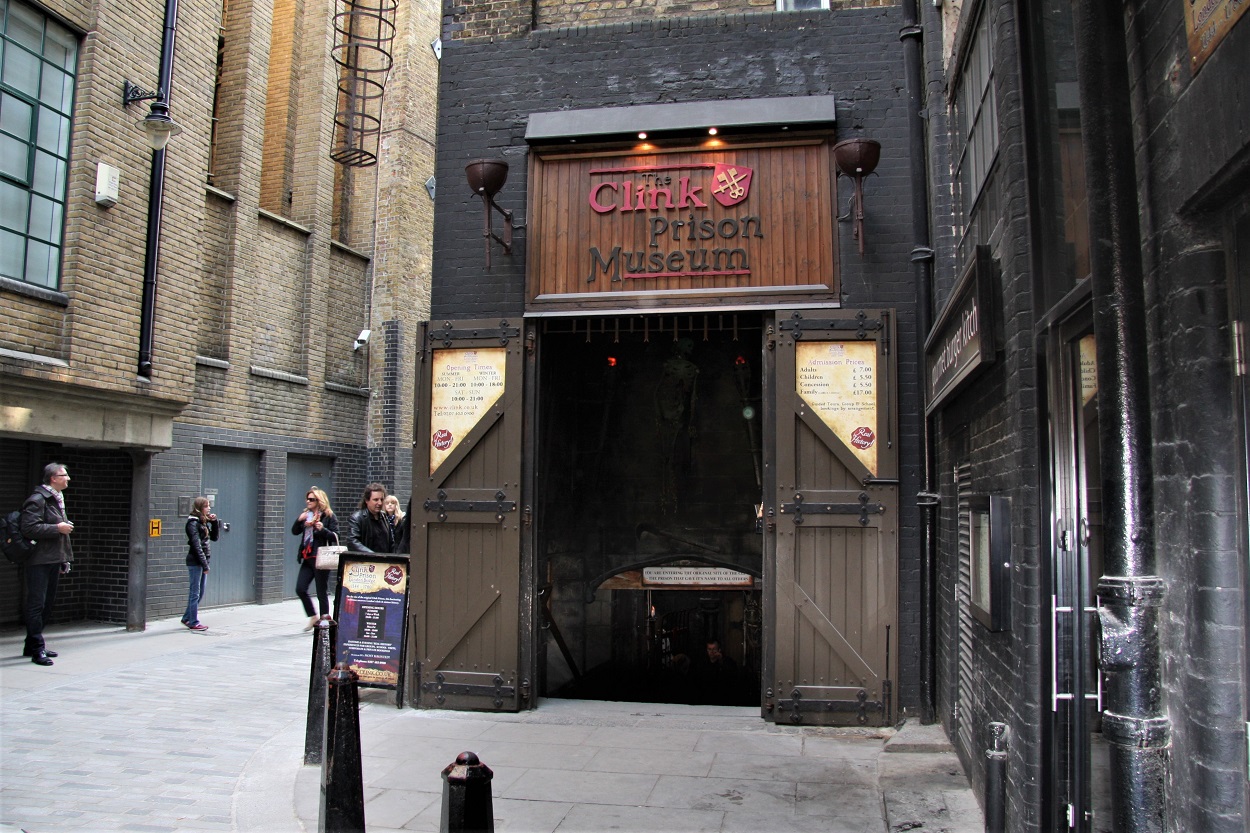 As the area became increasingly popular with criminals and other un-desirables the Bishop of Winchester, who owned most of the land and benefited financially from the businesses, built a prison to control the area and enforced it's harsh punishment regime.

The Clink Prison, which had cells for both men and women, was built as part of the Bishops new Winchester Palace complex and opened in 1144.

The Clink, London's most notorious medieval prison, had cells for both men and women. 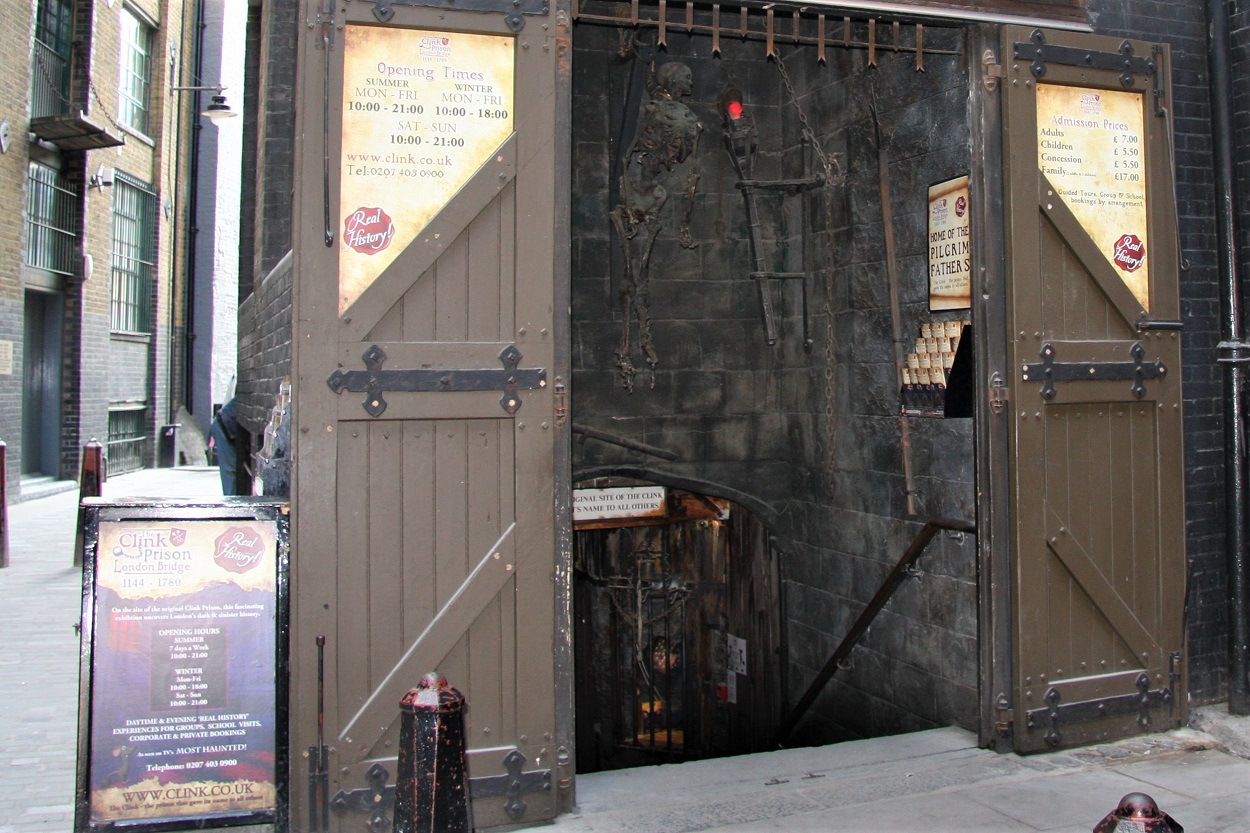 Those who broke the rules of liberty were jailed and left to suffer at the hands of their jail keepers (gaolers). Locked in heavy irons, poorly fed and kept in un-sanitary conditions, bribery was the only way a prisoner could improve his or her conditions. Those with money could pay for extra food, drink and other items to make their stay easier. Some were even allowed to remove their leg irons.

Gruesome medieval activities went on within these walls. 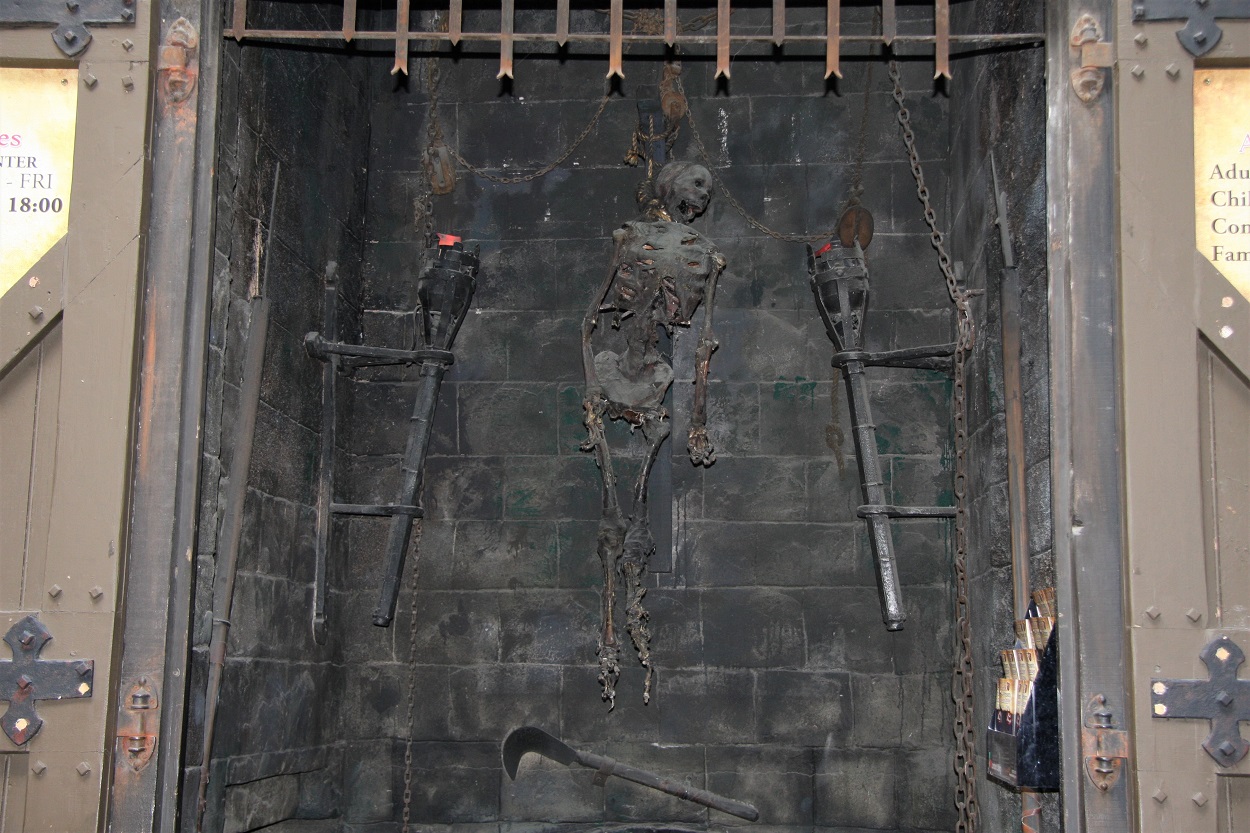 The word clink, which has become widely recognised as a term for prison –‘in the clink’, probably came from the ‘clinking’ chains the prisoners wore or the ‘clink’ locking of the metal door bolts.

Winchester Palace was built in the 12th century when Winchester was the (Saxon) Capital of England and Southwark was the largest town in the diocese. 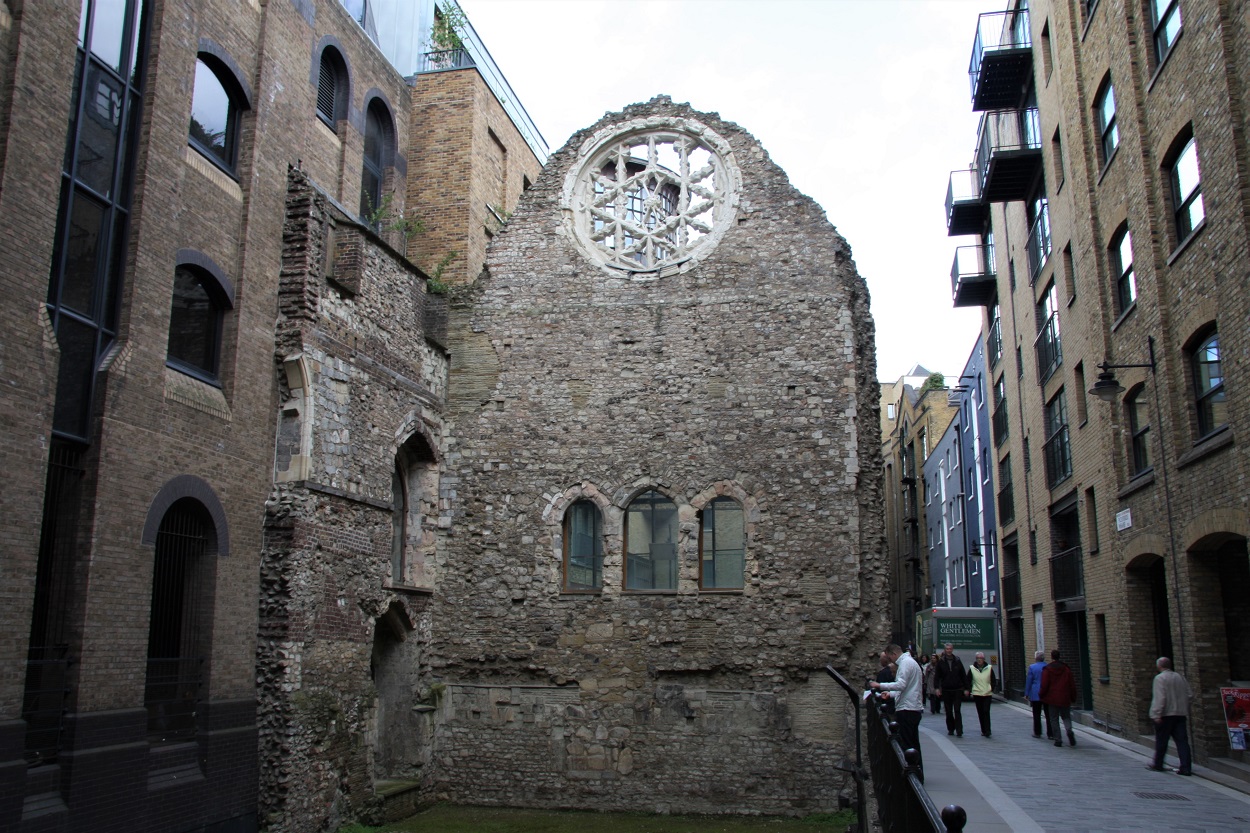 The Bishops at that time had close relationships with the reigning monarch and needed a suitable residence in London to conduct their state and business duties. Some of their businesses were surprising, such as collecting rent from the local prostitutes who became famously known as ‘Winchesters Geese’.

Although the palace was destroyed by fire in the early 19th century, parts of the 12th century Great Hall and 14th century Rose window can still be seen in Clink Street, near the Prison Museum.

The Clink Prison Museum is open seven days a week, there is a fee to enter.

The remains of Winchester Palace are on a public highway and free to view at any time.