The origins of The London Stone are uncertain, but it is thought to have been a Roman milestone, the stone from which all distances in Britain were measured.

A historic landmark in the City of London this small irregular block of limestone is now displayed in a pavement show case at 111 Cannon Street.

The London Stone, from which all distances, were measured in Roman times. 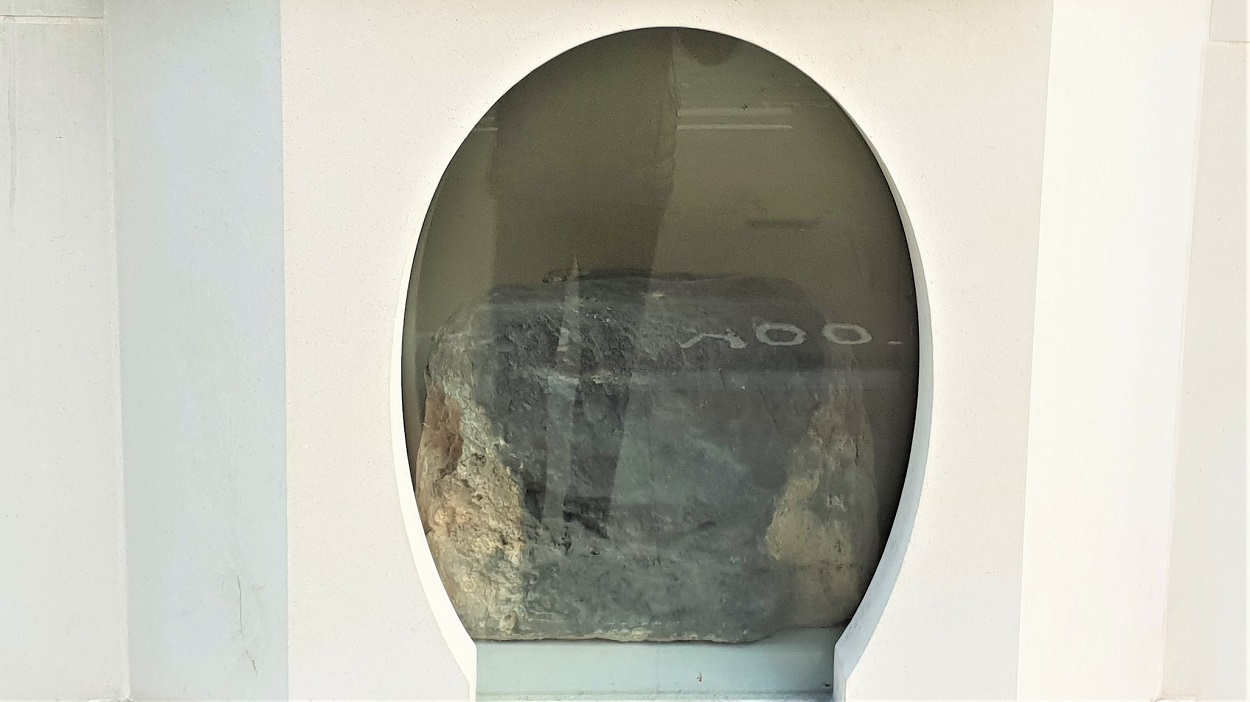 The stone, which is still situated very near its original position, was at the centre of Londinium, the 3rd century Roman trading settlement as defined by their defensive 'London Wall'.

Originally much larger than its now 0.5m height, the London Stone was referenced in a book belonging to the 10th century King of the West Saxons, Æthelstan and later in the 12th century it was shown as a landmark on maps and referred to as Londenstane .

The London Stone is a Grade II listed monument. 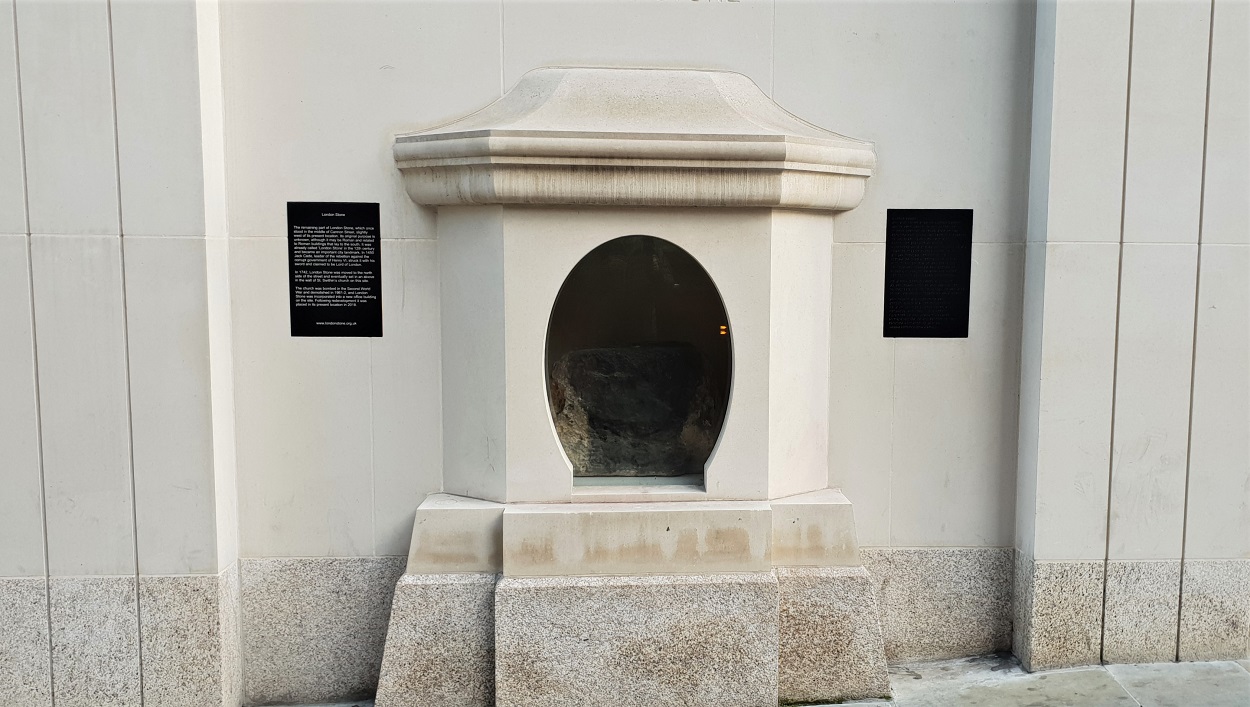 For hundreds of years the small limestone block was recognised as the heart of the City of London and became a traditional site to pass laws, reclaim debts, swear oaths and make official proclamations.

In 1450, Jack Cade led an army of 5,000 men in popular revolt against London causing King Henry to flee to Warwickshire. He struck his sword against the London Stone after his forces entered London and declare himself "Lord of the City". This event was later dramatised by William Shakespeare in a scene from his play Henry VI. 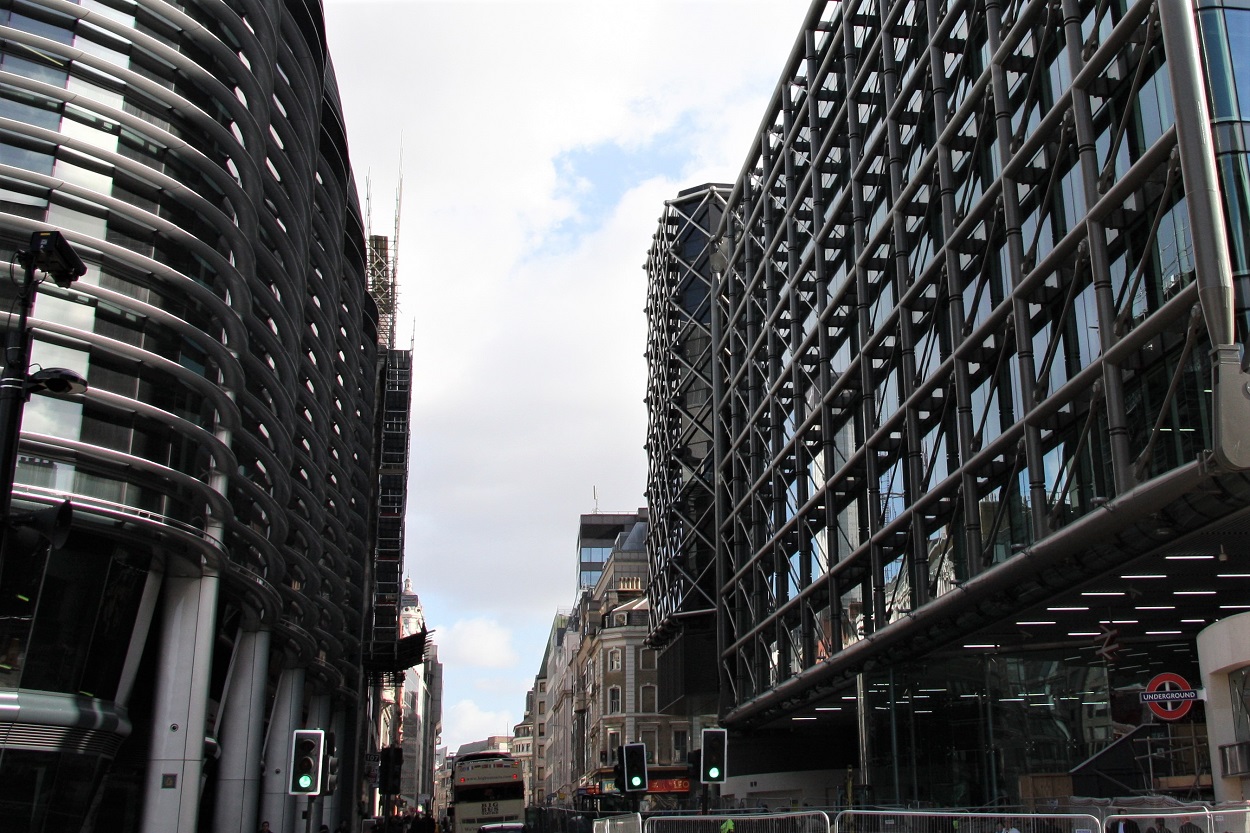 The stone, has no markings, was once set into the south wall of St Swithin's Church. Surviving the Great Fire of London and the blitz it is now on display in an iron grille box opposite Cannon Street station, at ground level in the wall of a block of offices.

Looking rather shabby and not of importance it and was not protected from the weather and pollution until 1962 and know doubt had pieces chipped off by souvenir hunters. 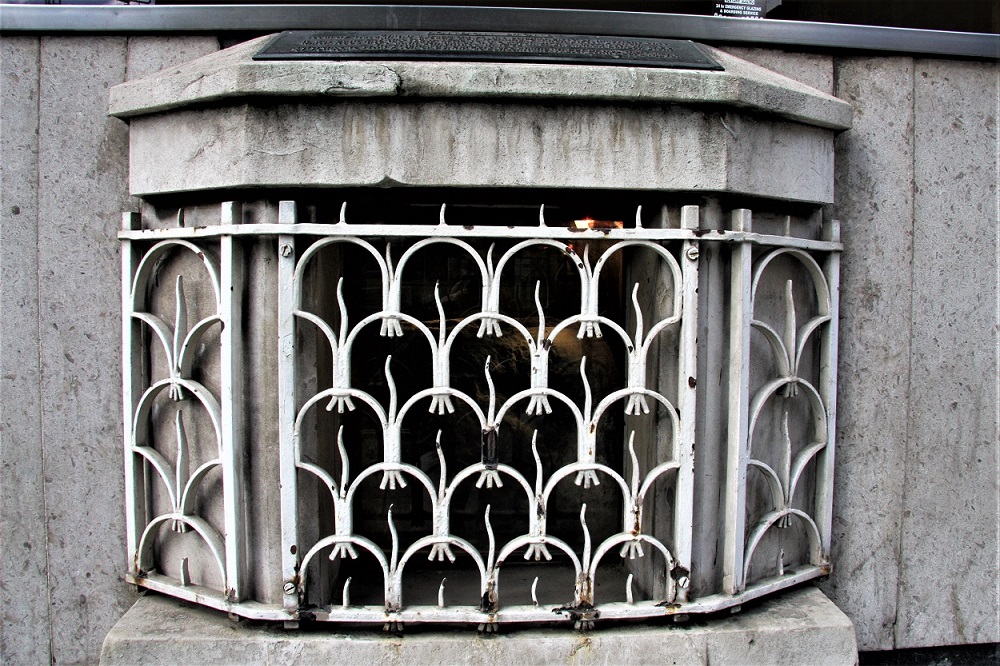 The Stone has been called the Stone of Brutus, which relates to legend that it was part of an altar built by Brutus of Troy, the Trojan founder of London in around 1,000 BC. The myth links the Stone's safety to that of the city itself; "So long as the stone of Brutus is safe, so long shall London flourish".

London Stone is on a public highway and can be viewed at all times.