Named after James the Less, one of Christ’s Twelve Apostles, St James’s Park is the oldest of the 8 Royal Parks in London. Bounded by The Mall to the north, Horse Guards to the east and Birdcage Walk to the south the park is at the centre of three royal palaces. 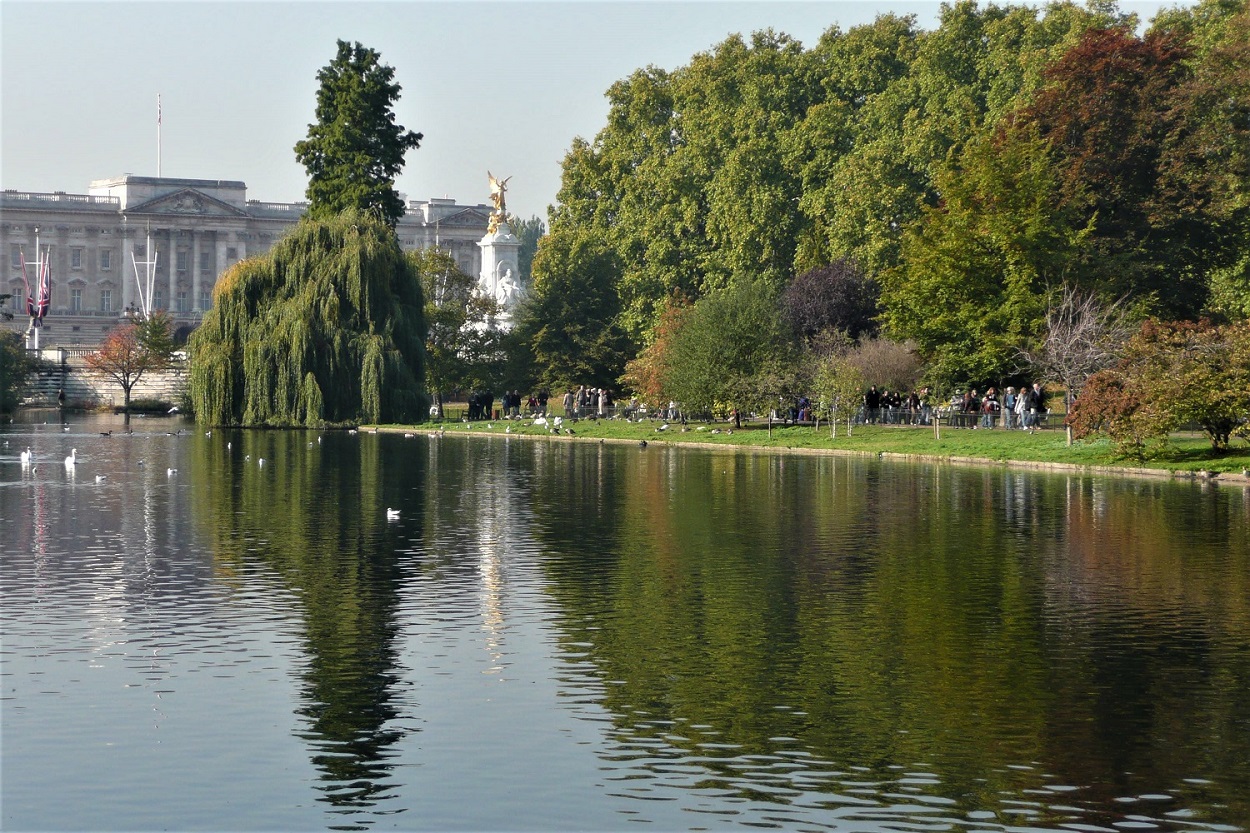 Henry VIII and Elizabeth I

St James's Park has been in the Crown Estate since 1532. Initially a marshy water meadow it was used by Henry VIII as a deer park then by Elizabeth I for entertaining her guests with fates full of pageantry and pomp.

In 1602 the park was drained and landscaped with formal gardens by James I. Along the southern boundary, renamed Birdcage Walk, he installed an aviary to house tropical birds along with a collection of wild animals including camels, crocodiles, and elephants. 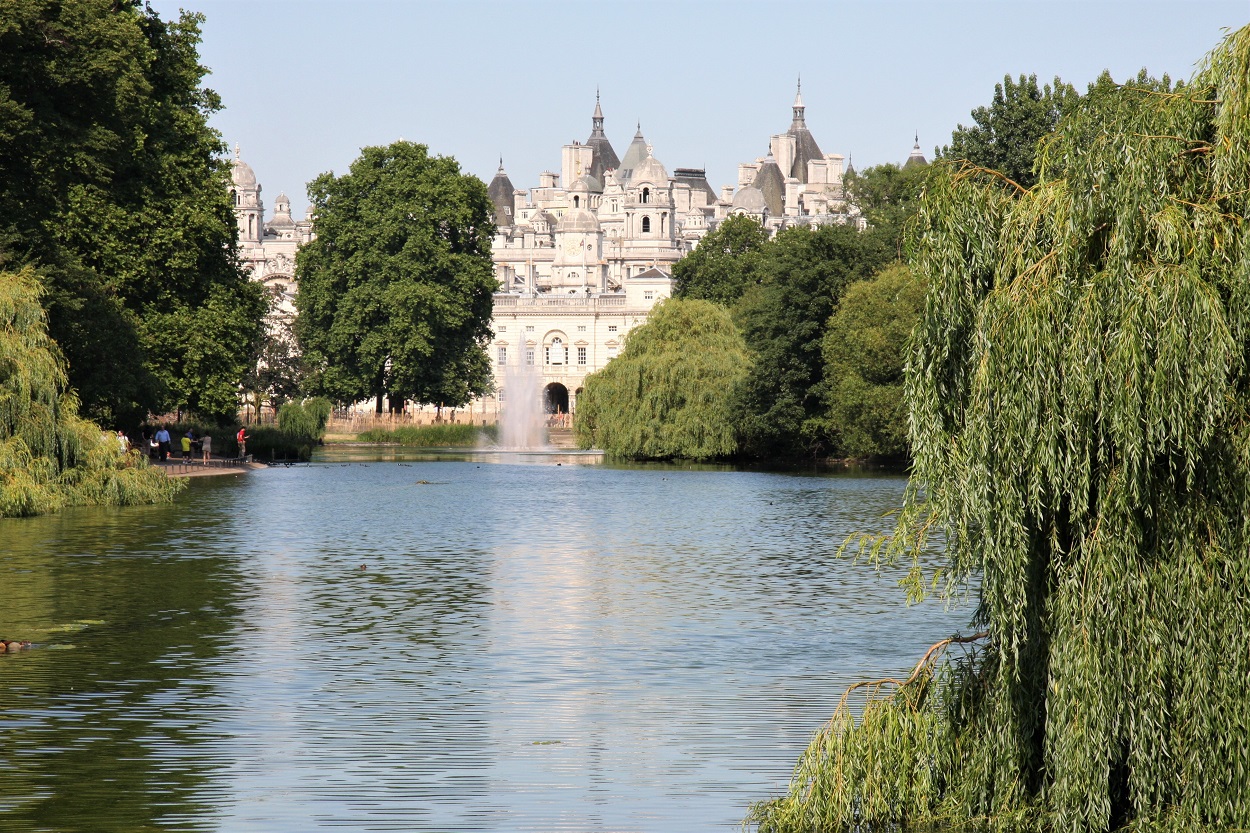 In 1660 after his return from excite in France, Charles II made further improvements including landscaping the park in a more formal style with avenues of trees, lawns and a canal.

The King then opened the park to the public while continuing to use it to entertain his guests, mingle with his subjects and do what todays visitors like to do, feed the ducks.

In 1826, George IV (Prince Regent) changed the Park into what we see today by commissioning the architect and landscaper John Nash to convert the canal into a naturally-shaped lake.

Nash created the lake with two islands and turned the original formal avenues into the winding footpaths. On the larger island, Duck Island, which is at the Horse Guards end of the lake, is the birdkeeps cottage. 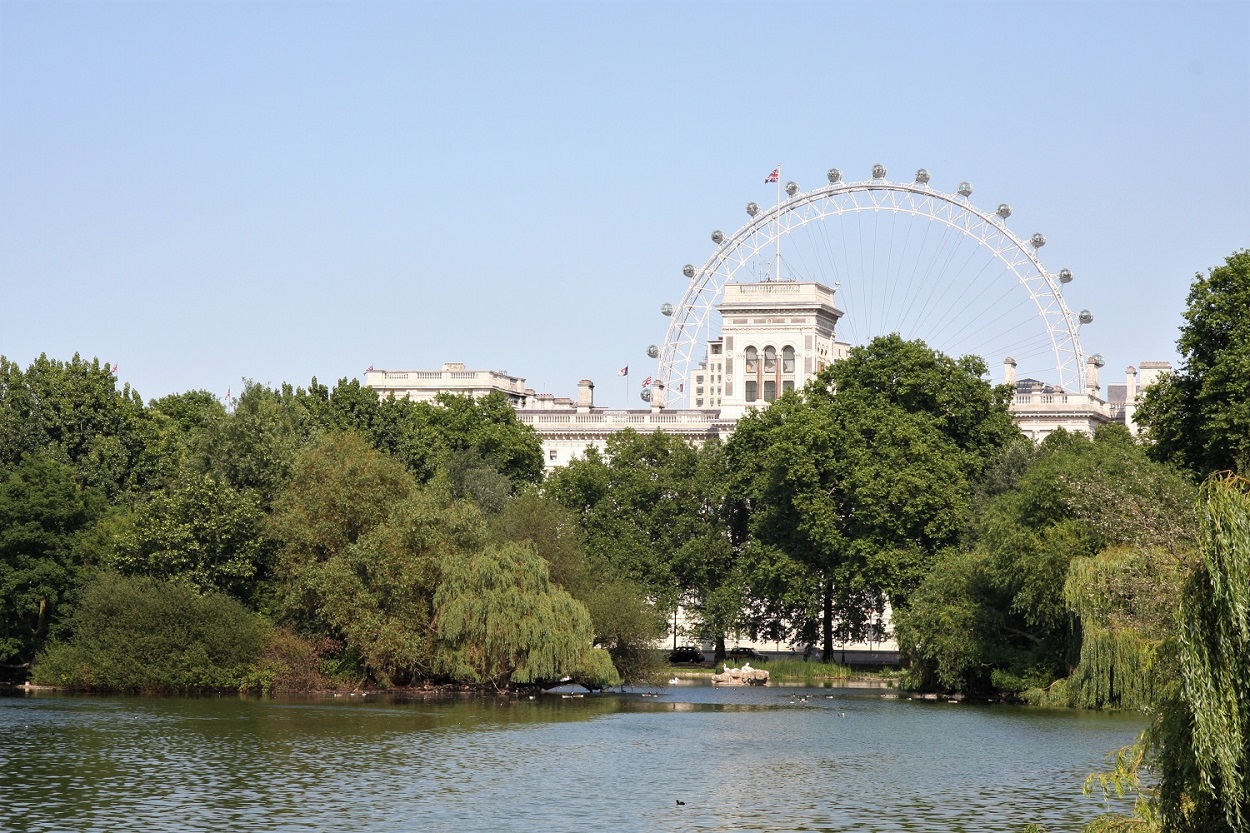 The birdkeepers cottage, which is still used today, was built by the Ornithological Society of London in 1837 gifted to the Park with a variety of wildfowl. Today Duck Island is still home to many wild breeds of beautiful ducks, gulls, swans and geese.

The 6 pelicans, which are fed fresh fish each day between 2:30pm and 3:00pm, are said to be descendants from the original pair given to Charles II by the Russian Ambassador in 1664.

St James's Park looking up The Mall to Buckingham Palace 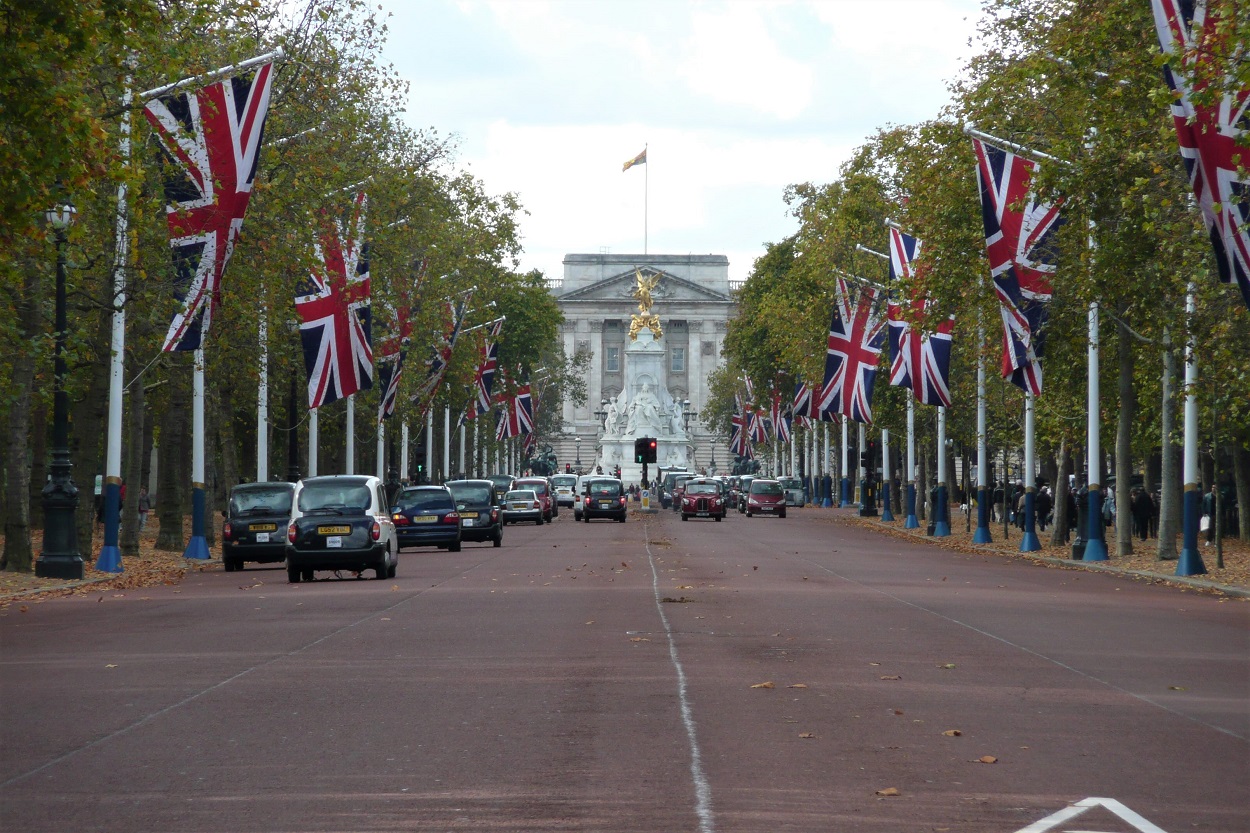 Buckingham Palace, home and administrative headquarters of the Monarch,

St James's Palace, the official 'Court of St James', originally built by Henry VIII as a hunting lodge and incorporates

Clarence House, official residence of Charles, Prince of Wales and Camilla the Dutchess of Cornwall.

Westminster Palace, built in 1050 and home to the Monarch for nearly 500 years, it is now known as the Houses of Parliament and at the centre of Political Government.

Open to the public all year. Restaurant, Cafe, refreshment point and toilets all within park.